Call it “The One With the Non-Fungible Token.”

Some iconic art from Friends is going to be auctioned off as NFTs.

Burton Morris’ memorable pop art graphics were used on the set of the show across its 10 seasons.

His images include the Statue of Liberty painting in the background of the set as seen here in its re-creation for HBO Max’s reunion special: 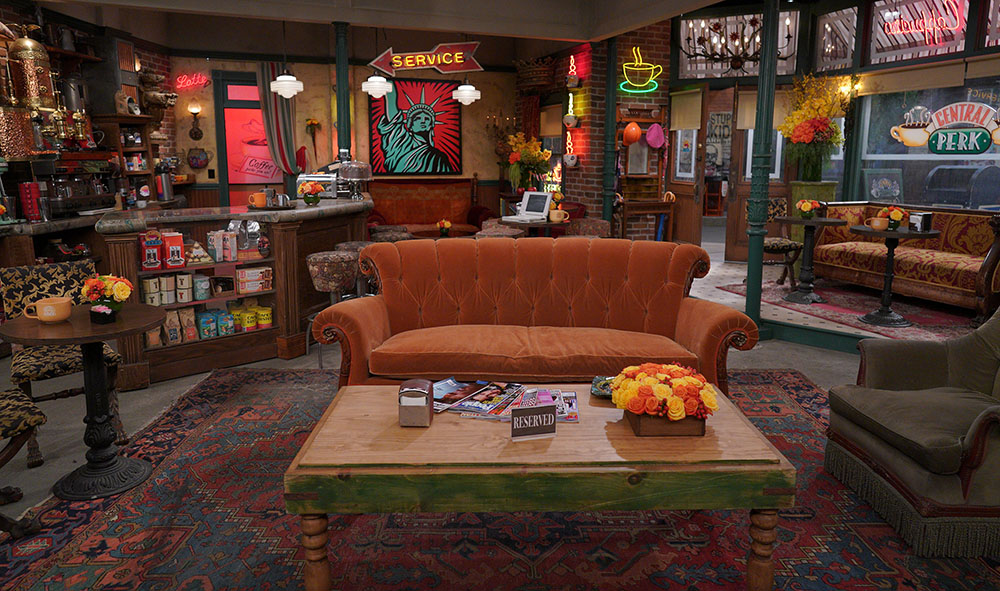 Other images include the famous Central Perk coffee cup logo, a poster of King Kong scaling the Empire State Building and a poster of Uncle Sam.

Once you notice Morris’ work on the show, his pieces begin to jump out at you as the artist has a rather distinctive style.

Now 12 of his pieces will be auctioned off as one-of-a-kind NFTs with the bidding beginning (but likely not ending) at $100. The auction will go live on Thursday, June 3, 2021 and last five days.

“The future of these iconic works are now in the hands of the fans that made Friends one of the most beloved series in television history,” Morris said in a statement. “I remember the day my sister called to tell me she saw an actor on a new television show called Friends wearing a T-shirt featuring my artwork of a big hitter baseball player. The actor was David Schwimmer [Ross], who wore it during the taping of the third episode. The next day, I connected with show creators who decided they wanted to feature my art on the set. 25 years later, collectors and fans can own and immortalize the show’s influence through The Art of Friends for generations to come.”

An NFT is a digital asset that represents art, music, videos and other real-world items. They’re typically bought and sold with cryptocurrency. Each is considered one-of-a-kind even if it can be copied (for instance: The “disaster girl” meme has been reproduced countless times online, but the woman in the photo recently auctioned off an NFT of her meme for $500,000).

The appeal of NFTs is that the owner holds what might be considered a definitive digital “official” version of an item that can then increase in value and be traded with others – like electronic baseball cards. Some are skeptical about NFTs, however, noting that they have no intrinsic value, do not exist in any physical form and only have value if many others in the future agree they have value.