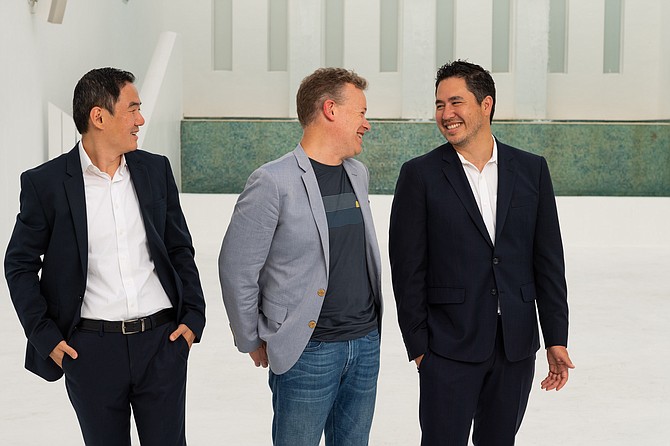 OneOf Inc., a company dedicated to releasing and minting nonfungible tokens, isn’t even a month old, and it already has plans to partner with celebrity artists like John Legend, H.E.R. and G-Eazy.

But OneOf’s initial claim to fame might have more to do with the company’s focus on affordability and sustainability.

“The artist community is demanding an environmentally friendly solution to the problems that they’re seeing with (NFTs),” said OneOf co-founder Adam Fell.

While most NFTs are built on the Ethereum blockchain, OneOf, which launched May 25 and will open its Los Angeles office in September, is built on the Tezos blockchain, which uses 2 million times less energy than other blockchain protocols, the company said.

Minting an NFT, or making it a part of the blockchain, on Tezos costs less than $1, whereas minting an NFT on Ethereum can cost around $100. OneOf will also subsidize minting costs for customers.

Co-founder Joshua James said 95% of the NFTs on OneOf will cost less than $100, and some will be free.

Fell added that the low cost makes NFTs more accessible to fans and to emerging artists.

“Maybe you only have 1,000 fans on Instagram, and you want to sell 1,000 $1 NFTs to your first 1,000 fans,” Fell said. “Well, that now becomes the rookie card. So maybe, over time, three years later that artist wins a Grammy — now you have their collectible rookie card.”

The environmental sustainability of the platform is also a draw for artists, Fell said.
Doja Cat and Jacob Collier had planned to release NFTs earlier this year, but the artists received backlash for the environmental implications of the products and decided to partner with OneOf for releases instead.

“Both of them had recognized the pitfalls of launching their NFT drops on the existing platforms,” Fell said.

OneOf , which is backed by legendary music producer Quincy Jones, has raised $63 million. Lin Dai, another OneOf co-founder, worked on the technology behind the platform for two years. Dai involved James, who formerly served as chief executive of ZIG Media, a year and a half ago. Fell, who is president of Quincy Jones Productions, joined the team six months ago.

“Lin (Dai) was way, way, way ahead of all of us,” James said. “I came to understand that the technology that he ended up using solved all the problems that people were having in the NFT space.”

For reprint and licensing requests for this article, CLICK HERE.