From major art gallery sales to Nobel Prize-winners, NFTs continue to hit the headlines. Let’s take a look at the past week’s action in non-fungible tokens.

Classic memes have hit the NFT market this week as ‘Harambe’ and ‘Charlie Bit My Finger’ have hit the market.

YouTube classic ‘Charlie Bit My Finger’ sold this week for over $760K; while speculation was abound that the buyer would have the original video removed from YouTube, the buyer stated that it would not be doing so, citing the video’s importance to “popular culture”.

Additionally, ‘Harambe’, the gorilla who was killed and thrust into pop culture as a viral 2016 meme, will soon be the latest internet meme to hit the market as an NFT. Harambe follows other major cultural NFTs, such as ‘Nyan Cat’, ‘Disaster Girl’, and more.

Major Musicians? Platform OneOf Is Working On That

Partnering with Quincy Jones and his production company, music platform OneOf announced a substantial fundraising round this week. The platform is looking to take an environmentally-friendly approach to tokenizing musician’s work, and also emphasizing accessibility for fans. Artists expected to feature in the debut release include Whitney Houston, John Legend, Doja Cat, and more.

Sotheby’s is bringing a standalone CryptoPunk to the market, the auction house announced on Twitter this week. “Covid Alien” CryptoPunk #7530 will be up for auction on June 10th, and is expected to command anywhere from $5-10M+. The most recent alien sale went for 4,200 ETH (over $10M in today’s value). 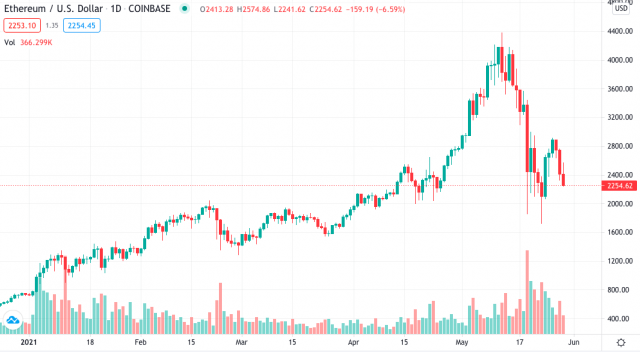 Just a few weeks ago, NBA guard Terry Rozier brought NFT sneakers to market that matched a pair that he wore in-game. Now, teammate and potential Rookie Of The Year star LaMelo Ball looks to get involved as well.

Ball announced limited-edition NFTs, tied to his career achievements, set to come within the next month. Ball will release 500 dynamic NFTs, and will allow owners to ‘burn’ them to potentially have physical memorabilia. He will also release 9,500 standard NFTs. Ball is teaming up with California-based design studio Playground to bring the tokens to market.

The University of California: Berkeley is bringing something fresh to the NFT table; in an announcement this week, the university shared that documents involved with research for two different Nobel Prize-winning discoveries would be up for 24-hour auction as NFTs. One NFT is around revolutionary discoveries in gene editing, the second in groundbreaking research in cancer immunotherapy.